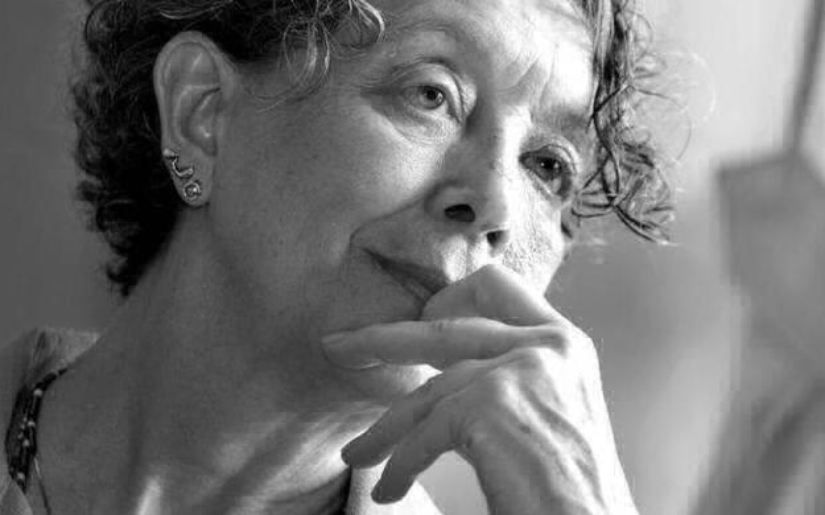 A globalization tendency is an inevitable and noticeable fact, the reality of nowadays. There is a great discrepancy between living standards, interior inequality of social classes within developed and developing countries. Under the circumstances, philosophy of history pays greater attention to the ethnical minorities’ status. Mary Louise Pratt’s ‘contact zone’ is a notion called to explain cross-cultural relations established between different ethnical groups within a unitary, conciliar, independent state. Contact zone is represented by two contexts – positive and negative one. Studying Edward Said’s essay “States” and the issues of Palestinian community, I assume that in this particular case we deal with the case of negative implication of the contact zone.

Negative contact zone, according to Pratt, presupposes imposition of behavioral and cultural norms on a particular ethnical group, on a part of more powerful ethnical community. Above all, it is important to admit that the issues Mary Louise Pratt addresses in her essay “The Art of the Contact Zone” provide the theoretical background and generalize the socio-cultural reality. Edwards Said’s essay deals with most burning issues of Palestinian community. Edward Said’s “States” is based on purely ethnographic ground. Another point is that studying both essays thoroughly, one comes to the conclusion that both works deal with the cross-cultural aspects of ethnographical notions, study the issues of ethnography from different perspectives.

According to Edward Said, the members of the Palestinian community are commonly referred to as “the Arabs of Judea and Samaria” or “non-Jews” (Said 541). Israel, the West Bank, and Gaza represent the geographical point, where Orient and Occident worlds collide. The point I am trying to make here is that the three cultures and religious beliefs, Islam, Christianity, and Judaism, meet here. The Palestine “paradox of mobility and insecurity” consists in the fact that Palestinian people were driven of their homeland and did not establish an independent state formation. Edward Said claims:

All cultures spin out a dialectic of self and other, the subject “I” who in native, authentic, at home, and the object “it” or “you,” who is foreign, perhaps threatening, different, out there. From this dialectic comes the series of heroes and monsters, founding fathers and barbarians, prized masterpieces and despised opponents that express a culture from its deepest sense of national self-identity to its refined patriotism, and finally to its coarse jingoism, xenophobia, and exclusivist bias (Said 565).

Thus, in attempt to think over the status of Palestinian people, Edwards Said admits the reality, which is the following: “in the eyes of their host country they [Palestinians] will always be aliens” (Said 542). The very beginning of Edward Said’s essay represents itself as a story of exile, which characterizes the faith of Palestinian people at best. Historic-cultural reality, in this respect, i.e. all the hardships Palestinian people had to face, speaks for itself: “Exile is a series of portraits without names, without contexts. Images that are largely unexplained, nameless, mute. I look at them without precise anecdotal knowledge, but their realistic exactness nevertheless makes a deeper impression than mere information” (Said 543). Moreover, the author comments on each of photograph one comes across in his essay, be it a portrait, a landscape, still life, or illustration of Palestinian people’s day to day reality.

Mary Louise Pratt’s concept of ‘imagined communities’ is closely related to the issues of ethnical minorities. According to Pratt,‘imagined community’ presupposes, that two different people “will never know most of their fellow-members, meet them or even hear of them, yet in the minds of each lives the image of their communion” (Imperial Eyes 493). This is especially just about ethnical groups assimilated by broader community. In this respect, Edward Said asserts:

We all know that we are Arabs, and yet the concept, not to say the lived actuality, of Arabism – once the creed and the discourse of a proud Arab nation, free of imperialism, united, respected, powerful – is fast disappearing, cut up into the cautious defensiveness of relatively provincial Arab states, each with this its own traditions – partly invented, partly real – each with its own nationality and restricted identity (Said 561).

Hence, there is no denying the fact that Israel, the West Bank, and Gaza is the point the path of the mankind began. This is the land that Christianity, Islam, and Judaism sprang from. Throughout the centuries, people fought for dominion on this territory, referring to it as a Sacred Place. By the end of the 20th century the area was wasted by constant military conflicts and liberation struggle. Edward Said claims: “Impelled by exile and dislocation, the Palestinians need to carve a path for themselves in existence, which for them is by no means a given or stable reality” (Said 565). The point Edward Said is trying to make in his essay is drawing parallel between the history of Palestine, and the life of his people. For good reason the essay is illustrated by photographs: author’s intention, in this respect, is to draw the readers’ attention to the faith of a men, each of the persons depicted, as well as the whole Palestinian people, reunited on the page Said’s essay. This is how I think both essays, “Art of the Contact Zone” by Mary Louise Pratt and Edward Said’s “States”, work: the narration is personalized, both authors are specific with exemplifications.

Edward Said claims: “…we do not notice the bitterness, but it continues and grows nonetheless. Nor do we acknowledge the frozen immobility of our attitudes. In the end, the past owns us” (Said 544). The point Edward Said is trying to make here is different cultures, different people have holy places of their own. Edaward Said points:

My father spent his life trying to escape this objects, “Jerusalem” chief among them – the Actual place as much as it reproduced and manufactured self. Born in Jerusalem, as were his parents, grandparents, and all his family back in time to a distant vanishing point, he was a child of the Old City who traded with tourists in bits of the true cross and crowns of thorn. Yet, he hated the place; for him, he often said, it meant death (Said 545).

This indicates the mental and cultural differences across the cultures. What is meant here, cognitive processes of conceiving, i.e. perception of reality, are individual and, therefore, may vary. In this respect, it is important to pacify people, encourage their interest in learning different cultures, and create a positive image of each by all means.

Considering the issue of Palestinian identity, Edward Said claims: “Identity – who we are, where we come from, what we are – is difficult to maintain in exile. Most other people take their identity for granted. Not the Palestinian, who is required to show proofs of identity more or less constantly” (Said 546). This assumption is especially just of our age. But it is important to admit that Palestinian people do not stand alone in their aspiration for identification and attempts to maintain new identity. What is meant here, there are a lot of ethnicities and even nations across the globe in the need of maintaining their identities and creating a positive image in the eyes of the others.

Mary Louise Pratt’s concept of imagined communities is closely related to the issues of safe house. The concept of safe house aims “to refer to social and intellectual spaces where groups can constitute themselves as horizontal, homogeneous, sovereign communities with high degrees of trust, shared understandings, temporary protection from legacies of oppression” (Imperial Eyes 497). This presupposes that certain ways must always be found to pacify the parties in case of the conflict, and in peaceful time the relations between the ethnicities sharing one land should be of respect, support, and a wish to reach upon the agreement for the sake of harmonious and peaceful coexistence.

The concepts of the contact zone enables people to understand each other across the cultures, make them knowledgeable about each other’s beliefs, culture, aesthetics and ethical norms, and philosophy. All the lessons the modern generations learn from history nowadays should teach to protect the unique and the vulnerable, and, therefore, to restore peace to those whose rights are violated and make the strong wiser. All in all, the stories told by Edward Said prove how vulnerable peaceful life is. The only thing one can do about it is being conscious of the fact that someone is always around, someone whose traditions and mode of thinking might be different from that one is accustomed to. All that each of us can do is being patient, loyal, kind, curious about.

All we can do is remembering about dignity. Only then no language and no culture could become endangered or instinct. I am convinced, that only then can a multicultural community, i.e. societies ethnically and culturally diverse, elaborate understanding, agreement, and mutual respect between people. In my considered opinion, Edward Said in his “States”, and Mary Louise Pratt in her “Art of the Contact Zone”, offer two different perspectives. But both may be referred to as philosophers of ethnology and ethnography, taking into considerations the claims being made and the facts under consideration and the way these facts are conceived.