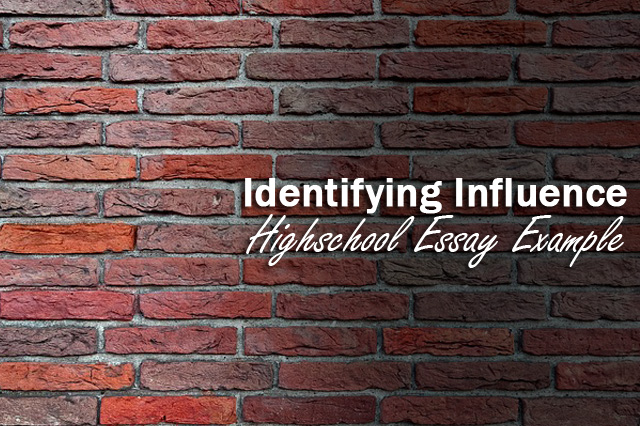 Everybody is aware of the fact that there are a lot of factors which help to shape a person’s identity. It is quite hard to choose the major influence on a person because each factor is not isolated from the others. Thus, when people observe the influence of the religion, they should not disregard the family because usually the whole family practises one religion.

The impact of historical time period may include such concepts as culture and politics. In general, all these factors are interconnected. However, it is possible to differentiate the one which may be the most important: the family. I think that the family has the deepest impact on a person’s identity because a person acquires most of the habits and traits of character in his or her childhood.

In my childhood my aunt used to be a kind of an idol for me. I always wanted to look like her because she was a picture of femininity. Her style was classy.

She worked as a seamstress, so she knew a lot about the combination of colors and the variety of accessories. She also knew how all these things should fit together. When I was a child, I was dreaming how I would walk down the street wearing high heeled shoes, how wonderful I would look, and how everybody would stare at me with affection.

I used to wear my aunt’s shoes and pace the floor. Now my tenue is exquisite, which makes me feel very self confident. I am really grateful to my aunt because if it were not for her, I would not be so persistent.

When a teenage girl has no idea how to walk and what to wear, it takes her a lot of efforts, tears or even humiliation in order to realize how to do it. This painful process may have a harmful effect on a girl’s personality by making her diffident, depressed and unable to socialize. Thus, my aunt’s image and all those traits of character I picked up helped me to survive such a complicated and confusing period of life as an awkward age.

My grandmother taught me how to remain strong in any situation and how to smile even if I was in bad mood or if I did not feel good. I believe that humor helps to overcome any obstacle. Now I also agree with those people who think that the energy, both positive and negative, does not disappear but runs across the world and it may reach a person at any time.

I believe that the world has its own rules, which people cannot change. Thus, if a person decides to smile instead of yelling at someone and spoiling his or her mood, it may result in good luck some day.

This theory may sound crazy to someone, especially to voluntarists, but it helps me to have the faith in something good. I think that such theory may make people better because the possibility to be punished by the mystical circle of deeds keeps a person within certain boundaries.

My mother took a hand in developing my intellection. When I was younger, she never made me do my homework or asked about the assignments which I had to do. Someone would argue that she was not attentive enough. I would say that this tactics was right. According to the research, “the family can provide a calm climate that challenges teenagers or set standards and encourages them to work harder” (Holden).

I was never under pressure, so I had a chance to realize what I really needed and I learnt how to organize my time. My mother’s non-interference into my business made me a self-organized, sedulous and willing to study person. I know a lot of examples, where one of the parents made decisions instead of a child. As the result, all those children rebelled and did not want to study at all: “a hostile environment may lower a teen’s self-esteem and may not inspire success” (Holden). My mother’s attitude has an impact on my whole life because the right idea of the importance of education leads to the bright future.

Although I am disappointed at my father’s abandoning mother many years ago, I still love him and we care about each other. He is a good person but everybody makes mistakes. However, this episode of my life resulted in the lack of trust in men: I do not want to get married and I get scared the moment a man asks me to move in with him.

Maybe I am not ready for such a serious step, or maybe I cannot imagine myself as somebody’s wife but I think that the absence of the example of how a husband and wife should treat each other has somehow influenced my vision. I would say that this impact is negative and one day I will have to sort my feelings out and reject this harmful effect. For now I can make use of it by climbing career ladder.

The family not only affects a person’s identity but also predetermines his or her future. Although there are a lot of other things which assist in shaping a personality, the role of the family is very significant because a person learns how to behave and develops the view of the world in childhood. I would say that other factors end the work of shaping a personal identity, while the family begins it.